Today we have Tessa Stockton, and information on her new novella, Wind’s Aria, the first in her fantasy romance eNovella series, The Brother’s Keep. On Feb 1, we’ll randomly draw a winner from everyone who comments, and that person will get a free copy of Wind’s Aria!

Elected as the Songstress, Aria takes her place on the sacred platform to sing before every dawn. As long as she does so, peace and abundant life belong to her people. One morning, amidst a strange wind that brings with it a curse in its eerie howl, Aria loses her ability to make music. But the encroaching death that transpires isn’t her biggest tragedy. It’s that she adores the cause of her blunder, for he’s a magnificent winged creature who’s stolen more than her voice.

He pushed further back into the shadows as she strode closer. “Someone you need not know.”

“What’s that supposed to mean?”

When he didn’t answer, she sighed.

He stood, speechless, knowing he shouldn’t be there at all—conversing with a Meleyan—especially not their musical deliverer that he was set to doom the day after tomorrow.

A peculiar grumbling interrupted her insistence, to his relief.

“Sorry.” She patted her stomach. He could see, even in the blackened night, how her face turned a deeper shade of red than her hair. “I’ve forgotten to eat. I guess I’m hungrier than I realized.”

He plucked an apple from the tree he’d nearly become a part of and held it out to her. The girl approached tentatively. She reached for the fruit but recoiled when her fingers brushed his.

“Is touching me so horrible?” he asked.

Her jaw dropped open and her delicate brow furrowed. She inclined her head. “It . . . hurt.”

“How?” he asked, for her fingers felt good to him, soothing. Warm. He wanted to try again.

A former choreographer, dancer, and musician, Tessa Stockton now writes romance and intrigue novels in a variety of genres. Wind’s Aria is the first in her fantasy romance eNovella series, The Brother’s Keep. For more information visit  www.TessaStockton.com 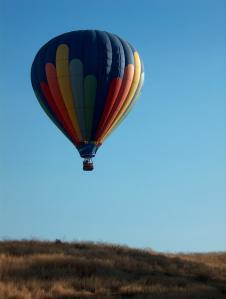